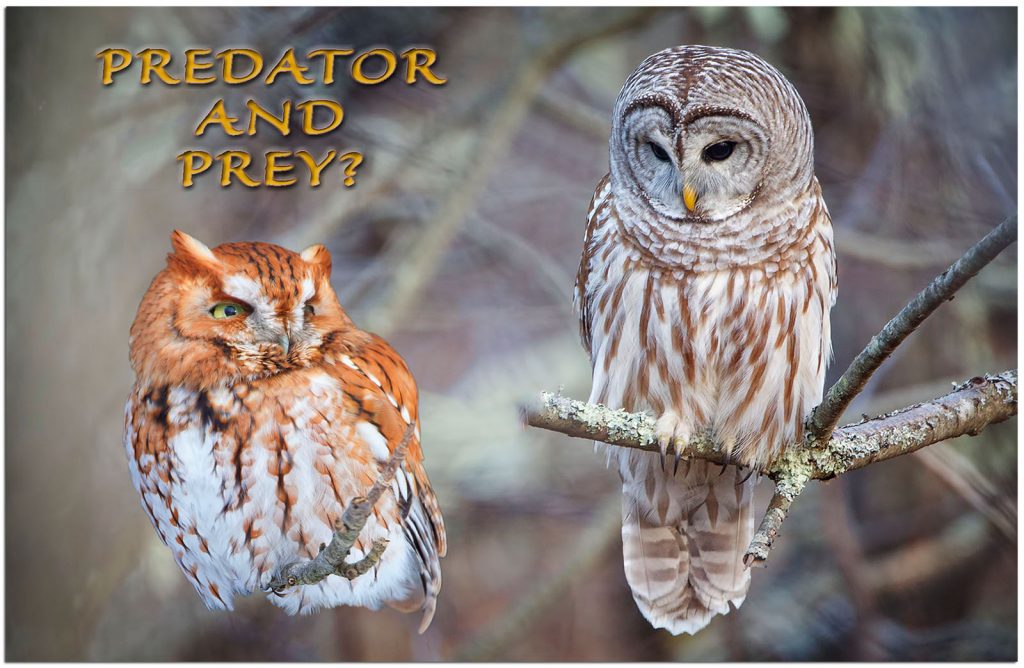 I’ve been recording audio overnight from the back deck for about a month now and have had a Screech Owl and Barred Owl calling at the same time twice. The 1st time on August 29 had the Screech calling continuously for 4 minutes and the Barred calling twice at quite a distance at 2:30am

The 2nd time was yesterday September 19 at 1:00am with the Screech calling for the better part of a minute, starting after the Barred Owl called the 1st of 3 times.

This time the two were much closer together leading to my question. Is this natural selection in action with the Screech becoming dinner for the Barred or have the two co-existed long enough that the Screech knows what it’s doing and will be around to call another day?

Here’s the audio from the 19th.

A young and late lingering Ruby-throated Hummingbird has been around the yard for a few days now.

I was a bit surprised to find it taking shelter from the storm alongside a large pot of Christmas Cactus on my deck rail this noon.

The many plants I have in pots on the deck are what it’s feeding on not taking advantage of the 3 feeders within feet of the plants. Who knows he / she may figure it out yet.

A brief video of a young Ruby-throated Hummingbird taking shelter form today’s high winds and rain on my deck rail under a Christmas Cactus. 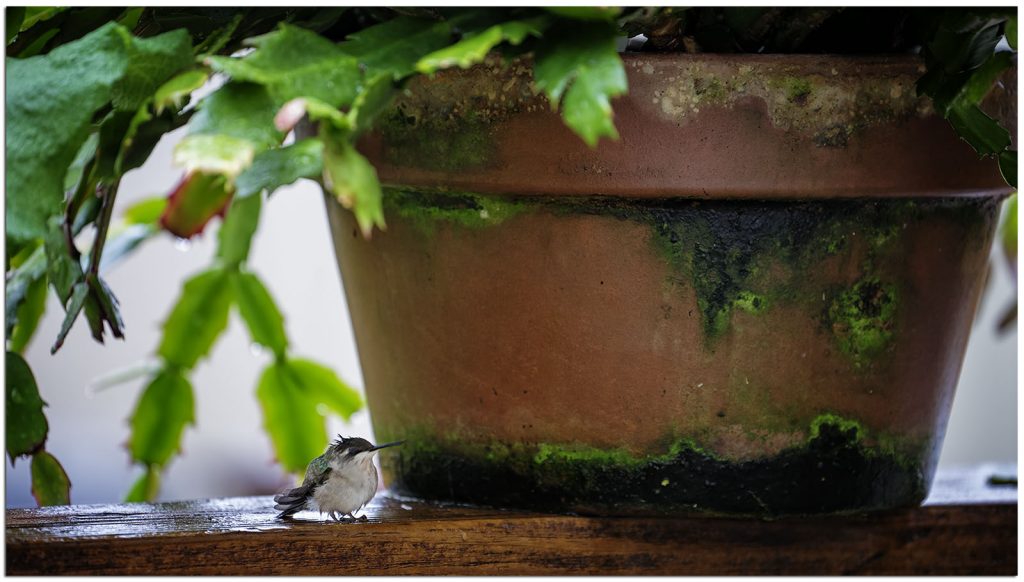 Sitting out the storm.

Do NOT follow this link or you will be banned from the site!
We use cookies to ensure that we give you the best experience on our website. If you continue to use this site we will assume that you are happy with it.Ok