Eastern Screech Owls Around The Yard 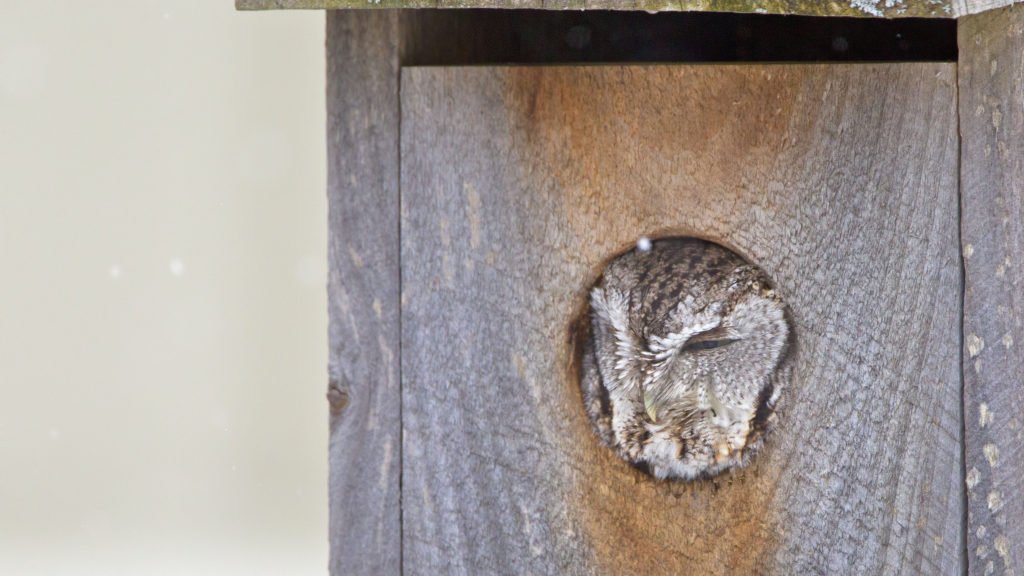 I have a few Screech Owl boxes mounted in the yard and have had Owls use the boxes off and on to roost in most winters for the better part of 20 years now but they’ve yet to nest in the yard…. Someday… hopefully.

What I have had over the past few years is Screech Owls vocalizing in and around the yard. The usual whinny & tremolo calls with barks and a bit of bill snapping added in. I thought I’d share some of the better recordings from the past couple of years.

I describe the calls in each recording as Nathan Pieplow does on the Cornell Lab web site, here’s a link to their excellent Screech Owl recordings

Recorded with a Sound Devices MixPre-6 & a Audio-technica BP4025 stereo microphone. All recordings made between 10pm & 6am. 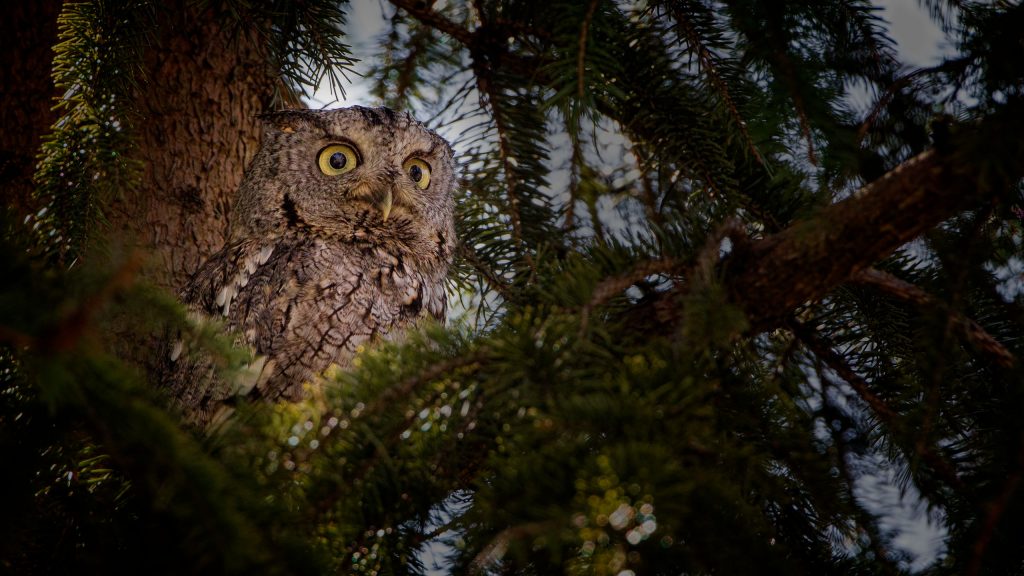 I plan to update this page as new, better recordings are collected like the one on the right with the Owl perched quite close to the microphone.

From Birds Of North America

Screech calls are loud, piercing or grating call given by agitated owls, most often when flying or diving at potential predators when defending nests or fledglings. Mean duration of screech calls (n = 53) was 0.25 sec; calls descended in frequency from a mean high of 1,217 Hz at the beginning to 443 Hz at the end, and sometimes exhibit a series of frequency modulations toward the end

Bill-clap is made by snapping mandibles together as in other owls. Adults bill-clap in aggressive and defensive contexts, usually during flights toward and at potential predators of nests or fledged young. During these aggressive contexts, bill-claps usually immediately precede or follow bark or screech calls

The “kew” call with the “trill” call towards the end from a single Owl perched quite close to the microphone. Coyotes calling as well. 10/20/19

Do NOT follow this link or you will be banned from the site!
We use cookies to ensure that we give you the best experience on our website. If you continue to use this site we will assume that you are happy with it.Ok